It’s no secret that the Miami HEAT are in a transitional year. Internal growth from the young core is and should be prioritized over win/loss totals this year.

If you think otherwise, you’re probably not going to enjoy this season.

With that said, I’ll be kicking off a series of posts, grading each rotation player in five-game increments just to get an idea of how everyone is progressing as the season goes on.

It should be noted these grades are based on each player’s production in their specific role.

You can find the grades for the first five games right here.

The second five games can be found right here.

Note: this doesn’t include stats from the second Memphis game (Saturday).

The HEAT went as Dragic did in the four games he played in.

It’s not a coincidence that Dragic was able to get going in transition in the two wins, while he mostly faced set defenses against Philly and Detroit.

Part of that is on Dragic needing to keep his dribble alive in pick-and-roll and forcing the issue a little bit. The rest of it is on his teammates, specifically his bigs, to either help get him open via screens, or to produce more to take some of the burden off of him.

Now we have to wait to see how long he’ll be out with the elbow injury.

The regression was mean for Johnson over the past week, and it hit him everywhere. He shot 20 percent from mid-range and hit 21.4 percent on “above the break” threes. He wasn’t much better inside, shooting a Dion-esque 46.7 percent from the restricted area.

He did move the ball well and was his normal, active self defensively. And he gave us this:

He dropped a season-high 22 points against Memphis on Friday, so hopefully that’ll help him break his slump.

He led the team in scoring, was second in assists, and his turnovers dropped. As usual, he had no ability getting to and taking shots at the rim (six attempts per game). The odd thing was he….actually….hit shots there.

Like, he made 63.6 percent of his shots in the restricted area. That’s about 60 percent higher than his career average.

The glorious part was that he yelled “ANNNWAAAAAAAAAAANNNNNNN” on virtually every shot, like this one:

Waiters defended extremely well, with opponents shooting 40.6 percent when guarded by him.

I have no clue how sustainable Good Dion will be, but it’s best we enjoy it while we can.

The good news: J-Rich lit it up from the perimeter, and his numbers look even better from deep if you take out that stinker against Detroit (1-8 from three).

The bad news: the pull-up jimmy out of high pick-and-roll he loves so much wouldn’t fall for him (1-10 from mid-range), and that killed his field goal percentage.

Some of the angles Richardson took while defending pick-and-rolls bothered me (which isn’t anything new), but opponents shot nearly nine percent worse when Richardson was the closest defender. Not the most impactful stretch for Richardson, but he should be better as he gets more comfortable.

Seeing that this is a “process over results” year, the shooting slump that McGruder went through this week didn’t bother me as much.

About that finishing: he’s surprised me with how he’s finished through contact. Check out this transition bucket:

I’m holding onto that Courtney Lee comparison for him. 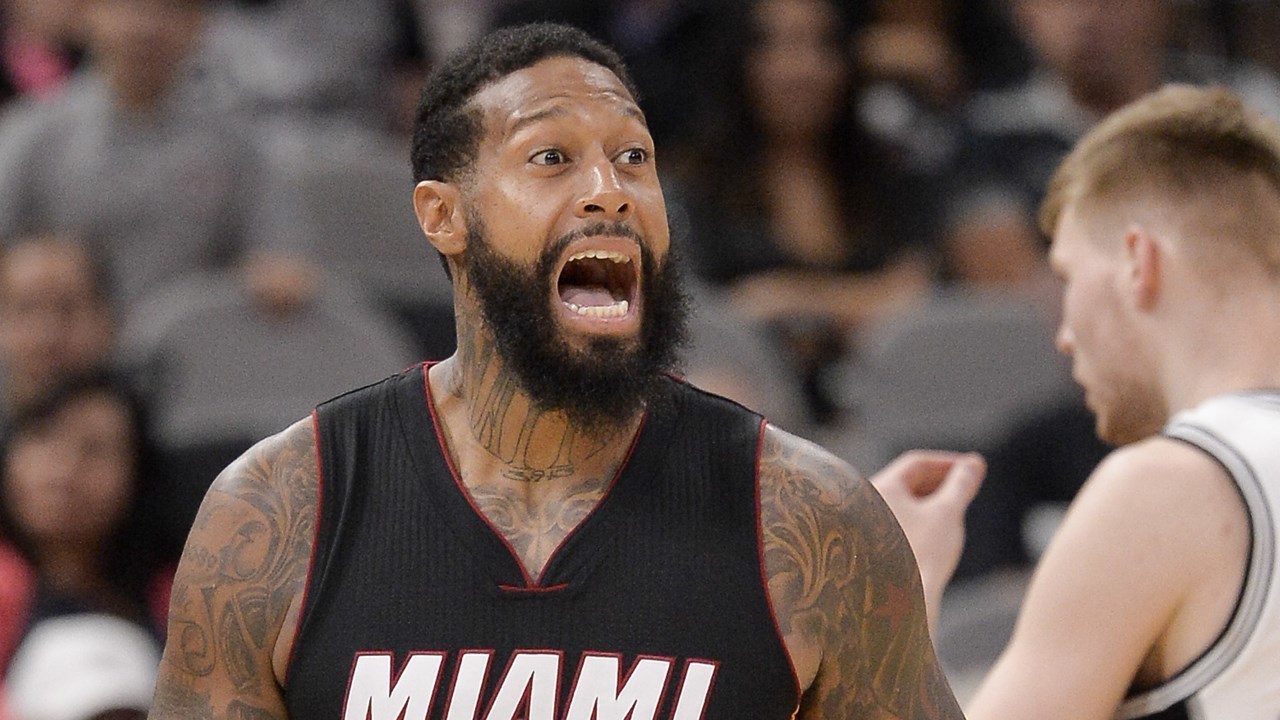 Winslow has been out nursing a wrist injury and has yet to make a return. I’d assume Miami is being extra conservative with him.

Once again, James Johnson has graded out as Miami’s best player.

And, no, it still doesn’t make sense.

Johnson has been Miami’s best defender, shooter, and shot creator over the last two weeks. The regression will hit at some point; Johnson draining nearly 47 percent of his “above the break” threes is especially unsustainable.

Williams was mostly a guy. His three-point shot improving from “kill me NOW” to “this is pretty bad, bro” is a development worth paying attention to, at least if he continues to start.

At this point, I wouldn’t be surprised if we’re about two James Johnson games or a Winslow return away from Williams losing his starting spot.

For those of you on Babbitt Watch (which consists of me and @DosMinutos at this point), Babbitt now ranks in the 90th percentile in overall defense, via Synergy.

Other than that, he hasn’t shot enough from 3 to provide the gravity Miami’s offense needs, hence the bench role.

Also, can we start some sort of thing — I don’t know, a petition? — to stop Babbitt from pumping-and-driving on open 3s? It’s highkey annoying, and the defense wins every time Babs throws up a pull-up jimmy.

I’m probably going to get shouted down for this grade, especially since it’s lower than Dion’s. That’s probably fair, and I’m 97 percent sure that I am — and have been — judging Whiteside too harshly this season.

He followed up strong defensive efforts against Milwaukee and Washington with the best (scoring) game of his career:

The last two games have been muggy; he was essentially a no-show vs. Andre Drummond in the blowout loss to Detroit, while foul trouble took him out of the Memphis game.

He’s been a monster on the glass, but the other effort stuff — mostly screening, but also how hard he rolls — has been a bit of an issue.

When Whiteside puts his mind to laying the lumber, the guard can get knee-deep into the paint, making life easier for Whiteside:

Barring foul trouble or injury, Whiteside will always get his numbers. This year is about improving the little things so that his impact will match those numbers.

Oh, and the passes are still lovely:

You can tell he’s moving better. The only thing left to come is his shot….

Another “bleh” stretch for Reed, capped off with a knee injury. Hope he gets well soon.

We’ve seen a little more of Haslem lately thanks to the Reed injury and Whiteside finding himself in foul trouble more often. He hasn’t been that good, but all that’s really asked of him is to provide toughness, and hold the fort down until Whiteside can sub back in.